skip to main | skip to sidebar

We have been rather busy!

About 7 months ago we moved our family back to New Zealand, and we're now living in Milford on the North Shore of Auckland.

It has been a great experience, the kids are in a new school, we are close to the 8 other cousins who come around and play often. Both sets of grandparents are around to help and to enjoy having everyone back in the country again. My brother in law is also back in NZ with their 2 kids after 10 years in Hong Kong.

So it was 11 years in London in the end - a bit more than the 2 or 3 we planned, but we have some great memories and a lot of work experience over there.

Anne's company Orion Health relocated us, which was nice as our shipping would have cost a lot (about half a container), compared to the 2 suitcases each that we had 11 years ago.

I have set up a digital agency specialising in lead generation for businesses using chatbots and more specifically Facebook Messenger. I have been working with ad campaigns, Facebook APIs and eCommerce for so long now it was time to switch to helping other businesses, and it seems the perfect time to do so with such amazing opportunities through messenger opening up to businesses. My website is http://prosper.nz which is a great domain for NZ and one that numerous companies have tried to buy off me while I've been away - finally time to make good use of it.

So if you're in New Zealand, look us up! 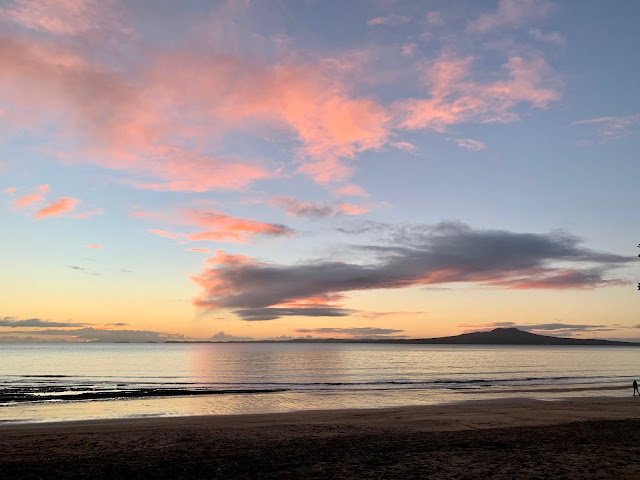 Here is a photo if Milford beach, just down the road - my runs in the morning are spectacular.
Posted by nathanlon at 3:40 PM No comments:

An ad for home builders

You build it... I'll help you find people to move into it! You probably already know this, but most Home builders are...

Posted by nathanlon at 3:28 PM No comments:

I've been working with a Gear 360 camera to make 360 degree walkthroughs for businesses. Here are some examples:

Third Door Workhub & Nursery
(if you can't see this, view on ProsperTech Blog)

Made.com Showroom
(if you can't see this, view it on ProsperTech Blog)

Lots of fun connecting up the dots and ensuring the flow works well.

Posted by nathanlon at 3:21 AM No comments:

I have taken a back seat from constant meet ups and hack weekends the past few years - I started The London Web a group which has 4800 members and counting… Kids are now the priority without grandparents around for us in London - getting out to London when you’re based close to the school run can prove quite difficult to co-ordinate.

I am fortunate enough to have combined my Christian faith with my passion for code and web application development - for the past 3 years I’ve been building and maintaining Lepton - a church giving app.  I’ve been doing web development for 20 years, but only just 3 years ago got the chance to do this for the thing that I’m most passionate about - my faith and love of Christ and his church.

Many have this perception that it is the clergy - the church leaders, that have the main role to play - that’s not quite true.

As christian developers and technology professionals, I believe we play the most important background scene in this technology based world.

The church is about communicating Christ and his message - before I was a teenager, computers were for insular activities - your own games, your own code - then the internet came and every bit of our Communication sphere has changed - now the church is still in many ways in the dark ages - well we have at least moved on from OHP’s (Over Head Projectors) - and we have computers for things now - and you get emails - wow that’s a change -

For most churches, their IT department is under-utilised, a bit of a mess to be frank - IT contractors are expensive, and IT is a bit ‘ad-hoc’. We have a major role to play over the next few years to ensure the church “Gets with the times”..

Join me and other christians in tech - and we’ll change this - co-ordinate visions, work out our passions, our interests, and apply them to our faith..

The Code For the Kingdom Hack weekend is the second EVER in London - the first year,

= Voice Recognition Slide Transitions
= iBeacons for the homeless - give to them without risk of them using your money for alcohol and drugs.
= Refuge Homes - a registry of the places UK refuges can be accommodated by our communities
= Prayer app collaborations
= just a few to spark your interest.

This year I’m planning on hitting the ground full force with coding tools I am totally familiar with - last year I tackled Django for just the second time and it was a bit much - this year the code will be cranked out with passion through the night - and I’ll still probably get more sleep than when my kids are around!

Posted by nathanlon at 2:21 PM No comments:

As a group of Christians in tech, about 10 of us have been meeting for a number of months to plan a Hack Weekend in combination with 13 other cities around the world. It's called Code For The Kingdom, and the London base will be on the 2nd of October 2015 starting Friday evening and ending Sunday afternoon.

I thought I'd share some of the vision behind it:


We have so much to offer as Christians in tech. In 2 Solomon 2 vs 7 it says:

"Send me, therefore, a man skilled to work in gold and silver, bronze and iron, and in purple, crimson and blue yarn, and experienced in the art of engraving, to work in Judah and Jerusalem with my skilled workers, whom my father David provided."

Although it didn't mention "programming" or "IT" in the building of the temple, I have no doubt that Jesus calls us all to be professionals and use our skills and gifts for His glory. What better way to start this than joining us on 2 October. Sign up here!

Posted by nathanlon at 7:31 AM No comments:

I recently found my system crashing after about an hour, this would happen without doing anything in particular.

I did some investigation, cleaned up drives, etc, then found out it was my  512GB SSD that I bought over two years ago - it needed a firmware upgrade.

So I followed the information in the above link, only to find it didn't work for the mac.

After a lot of hunting I found this article which pointed to this older article that wasn't needing translation.

I followed the tutorial, and took the advice to section off a bit of my extra hard drive (the non SSD 750GB drive in the DVD Rom enclosure), and tried to boot off it - it wouldn't boot.

So now that I had the correct disk image copied from my flash rom drive on a 5GB partition on my 750GB drive, I found I needed to download the newer rEFIND Boot Manager , specifically the USB flash drive image file, and followed the instructions to install it on the 16GB Flash ROM drive.

I plugged the 16GB Flash ROM drive in, restarted while holding down the option key, and it asked me to select my usual options but also a orange drive that was the rEFIND Boot Manager that was on the Flash ROM Drive. Once selected it asked me if I wanted to use the SYSLINUX partition that I had made by following the article above. From there I followed the instructions to install the firmware upgrade.

I hope this helps someone!


Posted by nathanlon at 5:09 AM No comments:

I needed to upgrade my Ubuntu box to patch the Heart Bleed bug in OpenSSL. Here's what I did:

After 6 years in the UK, my next five months will be working remotely for a UK client from New Zealand. So far things have gone well, with communication and catch ups happening at 10.15pm in the evening my time (9.15am UK time). I'm working on Lepton, which has an iPhone app and a mobile web interface at http://lepton.co
Posted by nathanlon at 9:26 AM No comments: